Firing up my phone a few moments ago to read something whilst my biological functions went through their morning boot-up procedures I found myself reading an NYT article on the facet of the TrumpCare debate centering on coverage for existing conditions, which was interesting enough in its own right, but I appreciated on so many levels the ad-placement that occurred within the piece, a not-so-chance occurrence whose irony in the context I found myself savoring. 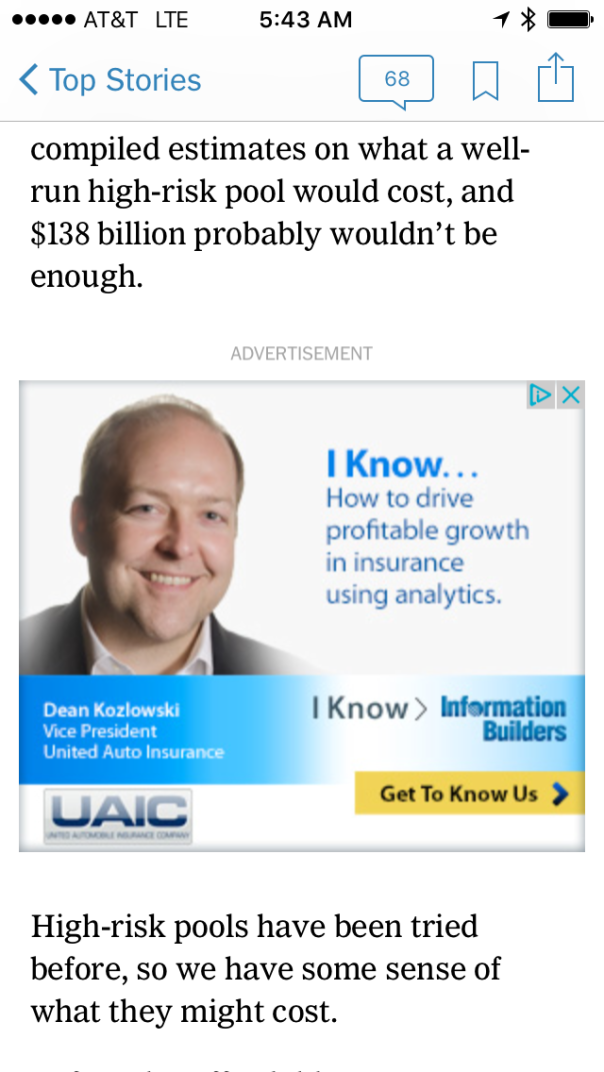 I was imagining the various bullets that this Dean Kozlowski character might have included in his year-end performance self-appraisal write-up, all of which his bosses would have thought were great, but for which the general public would have a mix of reactions:

As someone whose hat collection includes the “Data Engineer” one, I find myself by turns proud of and creeped out by the power of data, and wonder what lies ahead as we learn how to wield this power in a responsible and sustainable fashion.  The conversation has only just begun.